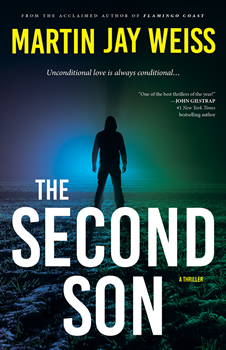 Twin brothers Ethan and Jack Stone have built the ultimate transparency app—Stalker—and it’s going to make them rich. But when Ethan’s girlfriend dumps him and his brother bails for their biggest competitor, Ethan is convinced they ran off together. He uses Stalker to find out, tracking them from Silicon Beach to Silicon Valley, and the secret he reveals is even more twisted than he imagined. Between his faith in people and the technology he designed to expose the truth, Ethan is forced to rethink everything he had believed regarding privacy, freedom, and trust.

A poignant and timely novel, THE SECOND SON deftly asks how far is too far when it comes to business, romance, and the intersection of technology in every aspect of our lives.

The Big Thrill caught up to award-winning filmmaker Martin Jay Weiss to discuss his thriller, THE SECOND SON:

What do you hope readers will take away from this book?

I hope THE SECOND SON will thrill and entertain, but I also hope that it makes people think about how technology can infringe on our privacy, how transparency affects our behavior, and how cultural evolution, for better and for worse, changes us all.

How does this book make a contribution to the genre?

Almost every domestic thriller begs the question: how well do we really know the people closest to us? THE SECOND SON answers with a portrayal of the most similar people in the world – identical twins. Jack and Ethan Stone are young tech entrepreneurs, and as the story unfolds, we see how truly different the brothers are. They prove that even the slightest genetic variances make us all completely unique, and it begs an even bigger question: can we ever know anyone completely?

Was there anything new you discovered, or that surprised you, as you wrote this book?

The main protagonist in THE SECOND SON has a steadfast belief in the people he loves, which guides every decision he makes when his life turns upside down, inside out, and out of control. His unyielding faith wasn’t always justified, but it’s the reason he survives and thrives. That resonated with me. I hadn’t realized how much I depend on blind faith in my own life, and in my writing. With this book, I only had a nugget of an idea, but I believed in its theme, and it carried me through an entire novel. Art imitating life or life imitating art? Not sure.

No spoilers, but what can you tell us about your book that we won’t find in the jacket copy or the PR material?

1) I wrote most of the book at a Starbucks.

2) I wrote the shortest chapters when I was most caffeinated.

3) I spent a lot of time in the locations where my characters lived and did a lot of research about the kind of tech companies where they worked.

What authors or books have influenced your career as a writer, and why?

I have a wide range of authors that have inspired me for different reasons at different times — Paul Auster, Peter Mayle, Tome Wolfe, John LeCarre, Michael Chabon, and Nick Hornby, to name a few. The one author that has influenced me the most since I’ve immersed myself in thrillers is Harlan Coben. His writing style is delightful and his plotting is always clever. He often takes unresolved past events and puts his protagonists through hell to find the truth. And he’s not afraid of unhappy endings. I also love Nelson DeMille, Lee Child, Gillian Flynn, Dennis Lehane, David Baldacci, and John Grisham. Favorite authors I most recently discovered are A J Finn, Shari Lapena, and Laura Lippman. 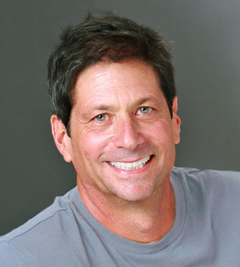 Martin Jay Weiss is an award-winning filmmaker who has written, directed and produced a vast anthology of commercials, films, and television projects. He has a BS in Journalism from the University of Illinois and an MFA in Film from New York University. Born and raised in Chicago, he now lives in California with his wife and two children. His next novel, Flamingo Coast, is forthcoming from Rare Bird Books in 2019.

International Thriller Writers Inc represents professional authors from around the world. Learn more about them, their work, and the sources from which they draw their inspiration at the Official ITW Organization Website.